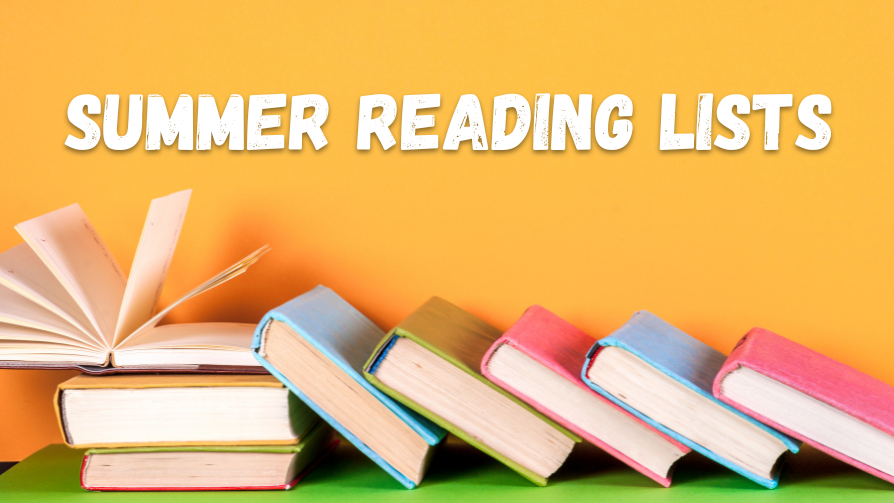 There's still time left for some great summer reading as we gear up for going back to school on August 15th. Our suggested Elementary summer reading lists are as follows by grade level:

Mercy Watson to the Rescue by Kate DiCamillo

A to Z Mysteries by Ron Roy

Because of Winn Dixie by Kate DiCamillo

Beezus and Ramona by Beverly Clearly

The World According to Humphrey by Betty B. Birney

Shades of Gray by Carolyn Reeder

The Lion, the Witch, and the Wardrobe by C.S. Lewis

Charlie and the Chocolate Factory by Roald Dahl

Percy Jackson and the Lighting Thief by Rick Riodan

Message of the Mountain by Matilda Nordtveldt

Island of the Blue Dolphins by Scott O’Dell

The One and Only Ivan by Katherine Applegate and Patricia Castelao

I Can Make This Promise by Christine Day

Number the Stars by Lois Lowry

The Best Christmas Pageant Ever by Barbara Robinson

From the Mix-up Files of Basil E by E.L. Konigsburg